With help from Emily Birnbaum, John Hendel and Sam Sabin

PROGRAMMING NOTE: We’ll be off for Thanksgiving this Thursday and Friday but back to our normal schedule on Monday, Nov. 29.

— On the warpath: The U.S. Chamber of Commerce is considering going to court as it collects members’ gripes about the FTC under Chair Lina Khan.

— Eyes on the supply: FTC commissioners are considering today whether to move forward with a study on supply chain disruptions, after Republican objections pushed back a vote last week.

— N(ot)SO fast: Apple’s latest lawsuit against an Israeli spyware-maker has given anti-surveillance advocates a reason to celebrate — and a reason to be concerned.

IT’S WEDNESDAY, NOV. 24. WELCOME TO MORNING TECH! I’m your host, Benjamin Din. Happy (almost) Thanksgiving! It’s been a long, wild and crazy year. What are you most thankful for?

Got a news tip? Email [email protected] and find me on Twitter @benjamindin. Got an event for our calendar? Send details to [email protected]. Anything else? Team info below. And don’t forget: Add @MorningTech and @PoliticoPro on Twitter.

Facebook invested $13B in teams and technology to enhance safety

It’s working: we lead the industry in stopping bad actors online. In the past few months, we took action on:

Learn more about how we’re making our platforms safer.

PLOTTING OUT THE NEXT ATTACK — The Chamber of Commerce held a call with its members this week to discuss next steps in what it has described as a “war” with Khan, a spokesperson confirmed to Emily.

During Monday’s call, which has not been previously reported, Chamber representatives said they have heard “horror stories” from businesses about dealing with Khan’s FTC, according to two people familiar with the call who requested anonymity to discuss private conversations. The representatives encouraged companies to share more of their negative experiences, the people added.

The Chamber, the country’s largest business lobby, said it intends to invest significant resources in monitoring what it sees as the FTC’s agenda against big business, a third person said. And as Leah reported Friday, the group also made clear that it is considering suing the FTC over its use of “zombie” votes — the votes that former Democratic Commissioner Rohit Chopra cast by email on Oct. 8, his last day at the agency, that remain active even after his departure.

— Ramping up the fight: The Chamber sent three letters to the FTC last week accusing the agency of an “abuse of power”: the “zombie” votes, alleged White House influence on the FTC’s decision-making and the commission’s use of public letters to “shame” companies accused of wrongdoing.

“The FTC is waging a war against American businesses, so the U.S. Chamber is fighting back to protect free enterprise, American competitiveness, and economic growth,” Chamber President and CEO Suzanne Clark said in a statement on Friday.

Asked for comment Tuesday, the FTC offered the same response that agency spokesperson Lindsay Kryzak had offered to the Chamber’s letters last week: The commission will not “back down because corporate lobbyists are making threats. We will continue to do our job and stand up for consumers, honest businesses, workers and entrepreneurs who deserve a fair marketplace.”

FTC TO CONSIDER SUPPLY CHAIN STUDY (AGAIN) — The agency’s commissioners are expected to vote today on whether to study supply chain disruptions’ effect on consumers. The issue had been pushed back at last week’s FTC open meeting due to GOP objections to some proposed details of the study.

— Why now? Global supply chain disruptions have wreaked havoc on the U.S. economy — especially as the holiday season approaches — and have become a major headache for the Biden administration (although Commerce Secretary Gina Raimondo told POLITICO that the situation is gradually improving). The snarl has also prompted a global semiconductor shortage, which has reportedly affected Apple’s iPhone production goals and caused record-high prices for cars. The study would look at these disruptions and shortages, and whether they are the cause of the rising consumer prices.

— Why the delay? Before last week’s meeting, the FTC had said it planned to seek information from unnamed “large retailers and consumer goods suppliers,” which probably would have included Amazon. (The agency can order companies to hand over information for these research studies.)

At the meeting, Republican Commissioners Christine Wilson and Noah Phillips said they supported such a study but thought the FTC needed to expand its scope beyond retailers. “Only by examining each level of the supply chain will we begin an accurate assessment of where the problem lies,” Wilson said at the time. Because the agency is split 2-2, Khan would have needed at least one Republican commissioner to vote for moving forward.

CLOCK TICKING ON BLUMENTHAL’S SOCIAL MEDIA DEADLINE — Today is the deadline for Snap, TikTok and YouTube to give the Senate their internal research on how their platforms affect children and teens, following a hearing led by Commerce consumer protection Chair Richard Blumenthal (D-Conn.) with the companies’ executives. A spokesperson for Snap confirmed to MT that the company would respond by the deadline, while a TikTok spokesperson said the company would respond directly to Blumenthal. YouTube did not respond to a request for comment.

WALKING A TIGHTROPE — Anti-surveillance advocates are watching Apple’s arguments closely as the iPhone maker pursues a new court case against spyware developer NSO Group over its alleged targeting of Apple users through a now-patched security flaw. (Apple is also seeking a court order banning NSO Group from using its software.)

Those advocates caution that Apple could make an overly broad argument that could have unintended consequences for researchers who study Apple’s products for security vulnerabilities.

“There’s some tricky road between here and the end,” said Cindy Cohn, executive director of the Electronic Frontier Foundation. “We have to make sure in trying to stamp out this business model, we don’t inadvertently make it harder for the security researchers to do their work.”

Apple’s legal complaint focuses solely on NSO’s actions, but Cohn said EFF wants to make sure it doesn’t try to expand that scope. (Apple did not immediately respond to a request for comment.) EFF has also weighed in on WhatsApp’s case against NSO, in which it makes similar demands.

Still, Cohn said Apple’s lawsuit is a welcome addition to the mounting scrutiny facing the spyware industry. “It adds a lot of pressure because it demonstrates that the tech industry more broadly isn’t going to stand for this,” she said.

— Challenges ahead: NSO Group released a statement following the lawsuit saying that government use of its technologies has saved thousands of lives but didn’t elaborate on how it will fight the suit. But it’s likely to keep pursuing sovereign immunity from all litigation, given its clients are foreign governments, as it has in the suit from WhatsApp. Although a three-judge panel ruled that the company didn’t qualify for such immunities earlier this month, the company asked the full 9th U.S. Circuit Court of Appeals to review the ruling in an appeal Monday.

FCC SETTLES WITH T-MOBILE FOR $19.5M OVER 911 OUTAGES — T-Mobile will pay a $19.5 million settlement as part of an FCC investigation into 911 outages that affected the wireless carrier last year, the agency announced Tuesday.

— Flashback: In 2015, the Obama-era FCC slapped CenturyLink (now known as Lumen) with a $16 million fine, then the largest penalty a telecom company had ever paid for a 911 issue. Those fines still pale in comparison to what the commission proposed last year for the main wireless carriers over unauthorized sharing of consumer location data — including more than $91 million for T-Mobile alone.

— Thousands of calls blocked: The new FCC order details T-Mobile’s 911 stumbles — an outage exceeding 12 hours that resulted in more than 23,000 emergency calls failing to connect — and the compliance plan the carrier has agreed to abide by as part of the settlement.

In a statement, T-Mobile said it built extra resiliency into its emergency systems following this outage. “Now, with this consent decree, we are moving on from the FCC’s investigation and continuing our focus on our ongoing network build.”

A SLUR? OR A COMMON WORD? — In July 2019, Facebook’s algorithms confronted a tricky problem: a word that is commonly used as a slur to attack lesbians in many Latin American countries, but which also has an innocuous alternative meaning in Mexico related to food. The algorithms responded by taking more than 600,000 posts down, according to an employee post to an internal board the following month detailing Facebook’s response to the incident, which was included in a trove of internal documents released by whistleblower Frances Haugen.

But the fact that the word is often used in a culinary sense means that many of the takedowns were in error. In fact, users in Mexico had dared each other to post the word and see if Facebook would auto-delete their posts. This in turn caused the spike in moderation activity that alerted employees to the confusion.

— The yarn has deeper implications: Commentators in the Washington Post and Rep. Alexandria Ocasio-Cortez (D-N.Y.) have argued that the company’s moderation policies are especially flawed for Spanish speakers, and that the company devotes the bulk of its attention to English-language misinformation.

“Our reviewers are from all different backgrounds, and we hire and optimize for language and cultural context,” company spokesperson Andy Stone said. “We recognize we still have more work to do and that’s exactly why we conduct research: to better understand these complexities and identify how we can improve.”

Some personnel news, as they say: Rebecca Kern will join POLITICO as a tech reporter covering online speech, misinformation, content moderation and broader technology policy. She most recently has been a tech and cyber policy reporter at Bloomberg Government.

DeAnne Cuellar is joining the Community Broadband Networks Initiative at the Institute for Local Self-Reliance as the community broadband outreach team lead.

The FCC is committing more than $169 million as part of the latest wave of funding for its Emergency Connectivity Fund program, which helps students, school staff and library patrons connect to the internet.

Verizon has completed its TracFone acquisition, following the FCC’s approval of the deal. … DoorDash is partnering with the League of American Bicyclists to produce a safety resource series and to advocate for transportation policy solutions.

Balancing act: “For Rules in Technology, the Challenge is to Balance Code and Law,” via NYT.

Tough times: “The growing pains of canceling Prime: Why holiday shoppers are boycotting Amazon, even when it’s hard,” Protocol reports.

Facebook invested $13B in teams and technology to enhance safety

It’s working: we lead the industry in stopping bad actors online. In the past few months, we took action on:

Learn more about how we’re making our platforms safer.

RIP, my precious: “Lord of the Rings-themed cryptocurrency gets thrown into Mount Doom,” via Ars Technica.

Polar express: “High-speed internet could be coming to Antarctica,” The Verge reports.

Good marks: “Clearview AI does well in another round of facial recognition accuracy tests,” via NYT.

SEE YOU AFTER THE BREAK! 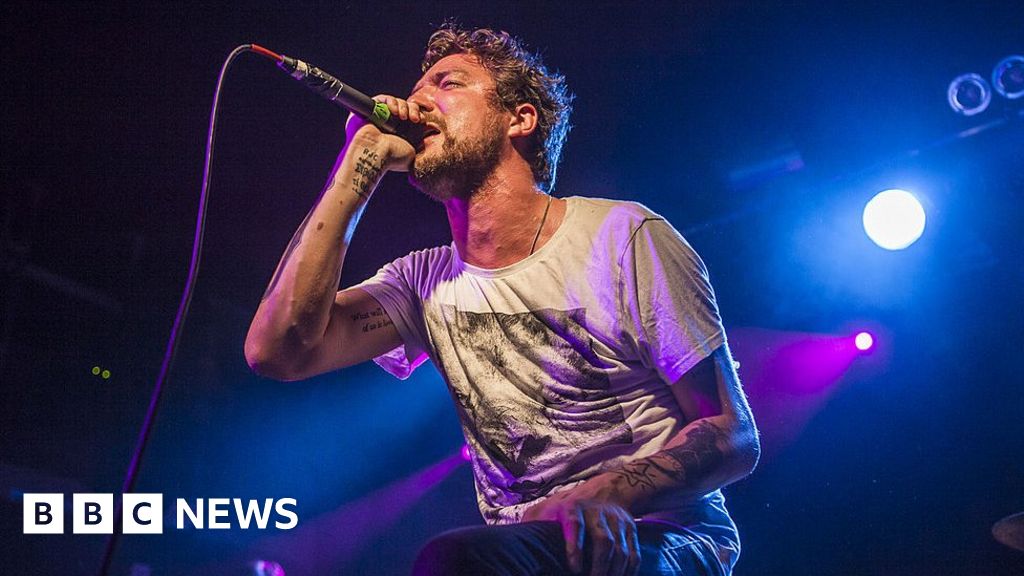 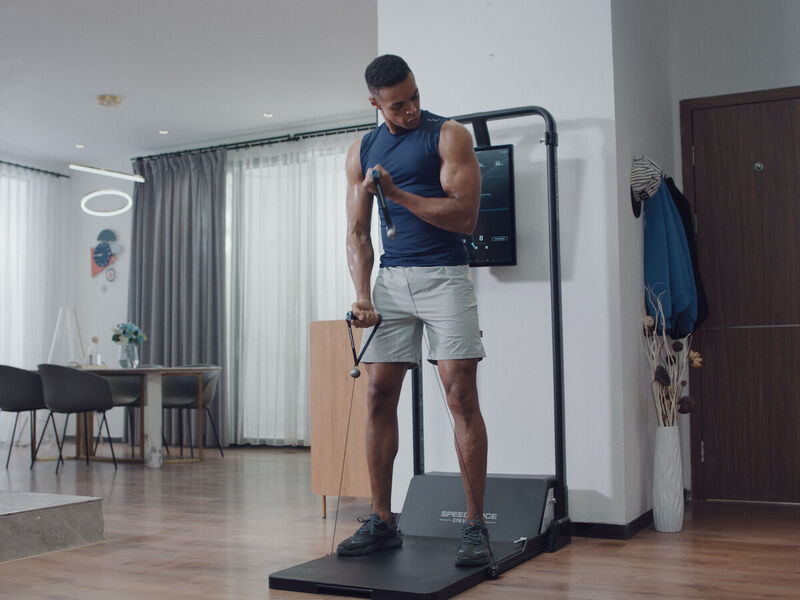