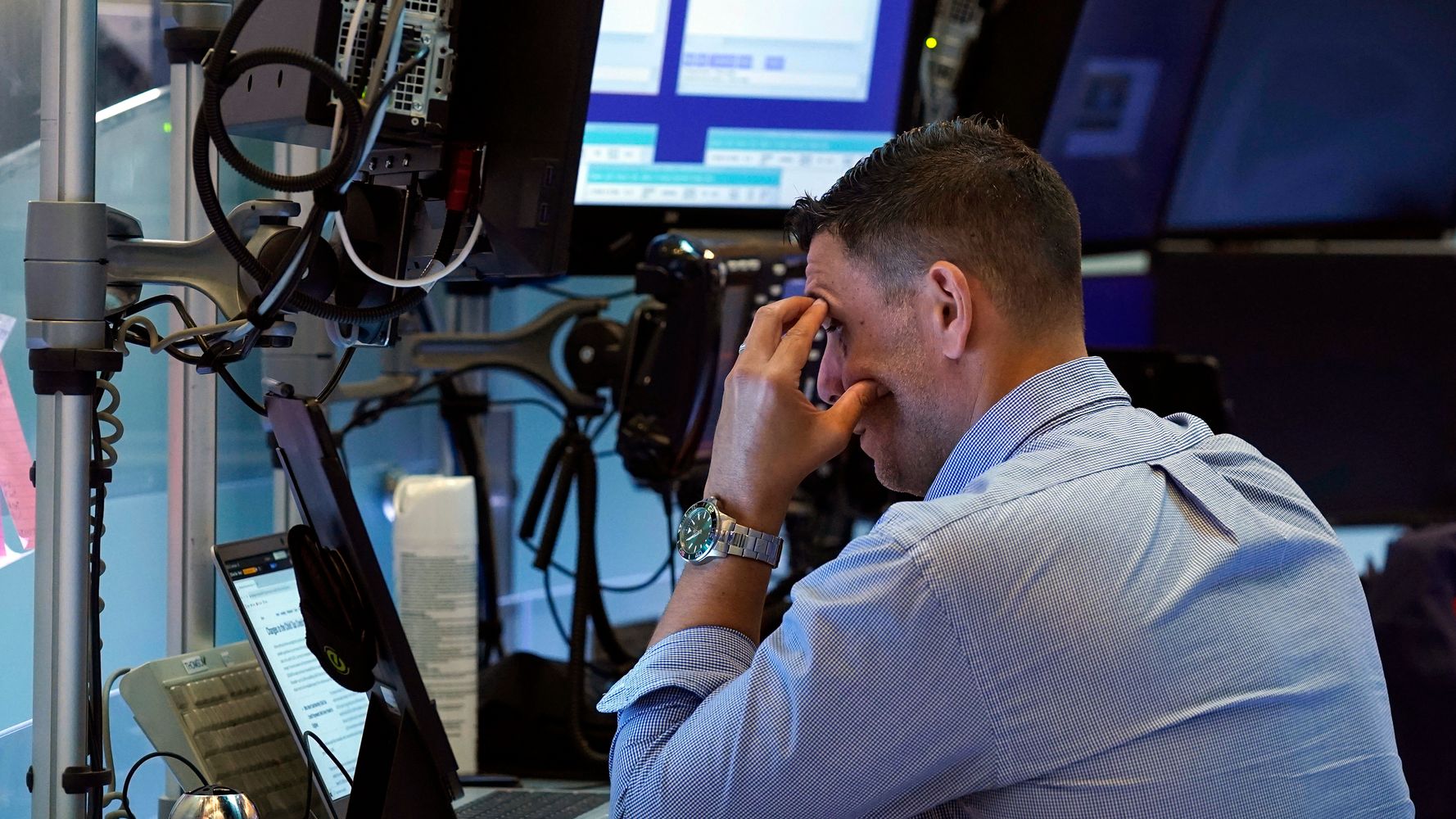 NEW YORK (AP) – Resurgent fears of a pandemic led stocks from Wall Street to Tokyo to plunge on Monday amid fears that more rapidly spreading variants of the virus could undermine a sustainable economic recovery.

The S&P 500 fell 68.67, or 1.6%, to 4,258.49, setting a record just a week earlier. Another sign of concern is that 10-year Treasury yields hit their lowest level in five months as investors tried to find safer places to place their money.

Airlines and other stocks most affected due to potential restrictions, COVID-19 suffered some of the heaviest losses, as in the early days of the pandemic in February and March 2020. United Airlines lost 5.5%, mall owner Simon Property Group lost 5.9% and cruise operator Carnival 5.7%. …

The fall also affected the whole world: some European markets fell by about 2.5%, while Asian indices fell slightly less. US benchmark oil prices fell more than 7% after OPEC and allied countries agreed on Sunday which will ultimately help increase oil production this year.

Increased anxiety about virus may seem strange to people in parts of the world where masks are being removed or have already been removed, thanks to the COVID-19 vaccination. But the World Health Organization says the number of cases and deaths around the world is on the rise after a period of recession caused by the highly contagious variant of the delta. And given how closely connected the global economy is, a blow anywhere can quickly affect others on the other side of the world.

Even in the United States, where vaccination rates are higher than in many other countries, people in Los Angeles County must wear masks indoors again regardless of whether they are vaccinated after a sharp rise in morbidity, hospitalizations and deaths.

Nationwide, the daily number of COVID cases has risen by nearly 20,000 in the past two weeks to about 32,000. The vaccination campaign has hit a wall, with the average daily vaccinations falling to its lowest level since January and the number of cases rising in all 50 states.

This is why markets are concerned, even though reports show that the economy is still recovering at a fantastically strong pace and overall is expected to continue to grow. Any talk of viral trends jeopardizes the high prices that stocks have hit on expectations that the economy will meet those high forecasts.

Financial markets have shown signs of growing concern for some time, but the US stock market has remained largely resilient. The S&P 500 had only two weeks of decline out of the last eight, and most recently pulled back even 5% from its all-time high in October.

Some analysts pointed to this background of high prices and very calm movements for several weeks, analyzing the fall on Monday.

“This is a bit of an overreaction, but when you have a market that is at record highs, it has the kind of gain that we have, with little or no pullback, it becomes extremely vulnerable to any bad news,” said Randy Frederick. , Vice President Trading and Derivatives Charles Schwab. “It was just a question of what the tipping point was and it seems we finally reached that morning,” with concern about the delta option.

He and other analysts are optimistic that stocks could rebound quickly. Investors have recently been taught to see every drop in stocks simply as an opportunity to buy cheap.

Barry Bannister, chief stock strategist at Stifel, was more pessimistic. He says the stock market may be in the early stages of falling as much as 10% after a significant rise in prices. The S&P 500 has nearly doubled since bottoming out in March 2020.

“The estimates, they just got too frothy,” he said. “There was so much optimism.”

The bond market has grown louder and more insistent in its warnings. The yield on 10-year Treasuries tends to fluctuate in line with expectations for economic growth and inflation, and has been declining since late March, when it was around 1.75%. It fell to 1.20% on Monday from 1.29% on Friday night.

Analysts and professional investors say there is a long list of potential causes behind the sharp moves in the bond market, which is considered more rational and sober than the stock market. But at the core is the risk that the economy could slow sharply from its current extremely high growth.

Aside from the new coronavirus variants, other risks to the economy include a weakening of the U.S. government’s pandemic relief efforts and the Federal Reserve, which looks set to begin cutting back on its aid to markets later this year.

Selling pressure was widespread on Monday, with nearly 90% of the S&P 500 falling. Even Big Tech’s shares fell, with Apple down 2.7% and Microsoft down 1.3%. Such stocks seemed almost immune to viral fears during previous downturns and rallied amid expectations of continued gains almost regardless of the strength of the economy.

S&P 500 analysts forecast earnings growth of nearly 70% in the second quarter from a year earlier. This will be the strongest growth since 2009, when the economy emerged from the Great Recession.

But just as fears are growing that economic growth has already peaked, analysts are trying to limit the rate of growth of corporate profits in the coming quarters and years.