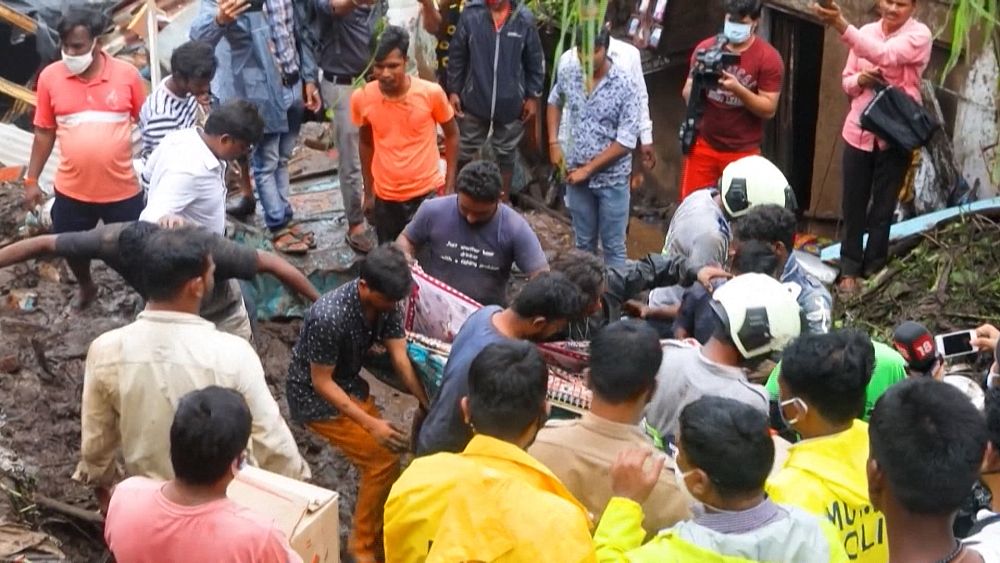 At least 23 people have died after several homes were destroyed by a collapsed wall and a landslide caused by heavy monsoon rains in India’s financial capital Mumbai, authorities said Sunday.

It says that seventeen bodies were recovered from the rubble. Rescuers searched the scene for survivors and bodies.

And in the suburb of Vihroli in the northeast of the city, six people died in a landslide that struck five houses early Sunday morning, according to the NDRF.

During the rainy season from June to September, building collapses are common in India as old and wobbly structures sag in the incessant rain.

Mumbai, home to 20 million people, has been raining since Saturday, affecting local transportation.

The Indian Meteorological Department said early Sunday morning that “moderate to heavy rain or thunderstorms” are forecast for the next two days.

Prime Minister Narendra Modi tweeted his condolences and added that financial compensation will be paid to the families of the victims.

Last month, 12 people died in a building collapse in a slum in Mumbai.

In September, 39 people were killed in the collapse of a three-story apartment building in Bhiwandi near Mumbai.