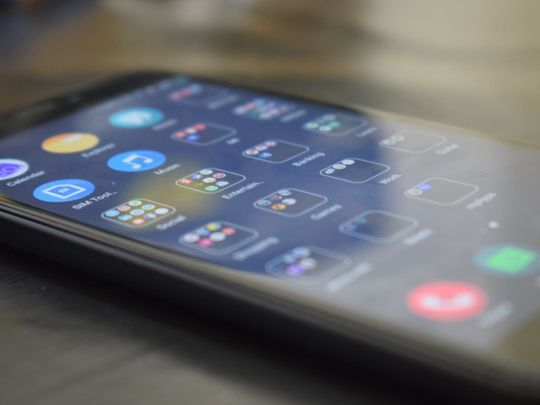 New Delhi: Amid reports of surveillance of prominent citizens, the Indian government has said the accusations of surveillance of specific individuals have no specific basis or truth behind them. Several news reports on Sunday claimed that a data breach investigation revealed spyware called Pegasus was being used to spy on prominent citizens, including government officials and journalists.

Answering journalists’ questions about the surveillance of prominent citizens, Deputy Secretary for Electronics and Information Technology Rajender Kumar said: “India is a strong democracy that is committed to ensuring the right to privacy for all its citizens as a fundamental right. In line with this commitment, he also introduced the Personal Data Protection Act 2019 and the Information Technology Regulations (Guidelines for Intermediaries and the Digital Media Code of Ethics) 2021 to protect the personal data of individuals and empower users. social media platforms ”.

The alleged use of the Pegasus software was reported by the Washington Post, The Guardian, Le Monde and other news outlets that were involved in investigating the data breach. Reports stated that 50,000 people were identified as potential targets.

Not all of these numbers were subsequently hacked, and news outlets having access to the reported leak said more details on those compromised would be released in the coming days.

The Pegasus spy list allegedly includes 40 Indian journalists, and a news report from The Wire claimed that forensic tests had confirmed the presence of Pegasus spyware on some devices.

The presence of a phone number in the data does not in itself indicate whether the device has been infected with Pegasus or has been attempted to be hacked. However, the Pegasus Project, a consortium of international news organizations, believes the data points to potential targets identified prior to possible surveillance attempts.

The list of potential victims of the leak from India includes journalists from the Hindustan Times, The Hindu, The Wire, Indian Express, News18, India Today, Pioneer, in addition to freelancers, columnists and regional media.

Pegasus is designed to bypass defenses on iPhones and Android devices and leave little evidence of its attack. Familiar privacy measures like strong passwords and encryption are of little help against Pegasus, which can attack phones without any warning to users. It can read whatever the user can on the device, and can also steal photos, notes, location records, messages, passwords, call logs, and social media posts. Spyware can also activate cameras and microphones for real-time surveillance.

The attack can start in different ways. It could be a malicious link in an SMS text message or iMessage. In some cases, the user must click a link to start the infection. In recent years, spy companies have developed so-called “zero-click attacks” that deliver spyware simply by sending a message to a user’s phone without notification. Users don’t even need to touch their phones for the infection to start.

“The Indian government’s response to the Pegasus information right application has been widely reported in the media and is sufficient in itself to refute any malicious claims of an alleged link between the Indian government and Pegasus,” Kumar added.

“Commitment to free speech as a fundamental right is a cornerstone of India’s democratic system. We have always strived to get informed citizens with an emphasis on a culture of open dialogue. ”

He stated that the questionnaire sent to the Indian government indicated that “the story being created is not only devoid of facts, but also based on biased conclusions.”

“It looks like you are trying to play the role of the investigator, the prosecutor, and the jury,” he wrote.

He noted that the answers to the questions posed have long been in the public domain and this also indicates poorly conducted research and lack of due diligence on the part of the media involved.

He believed that India has a well-established procedure through which the lawful interception of electronic communications for national security purposes, especially in the event of any emergencies or in the interest of public safety, is carried out by agencies at Center and States.

“Requests for this lawful interception of electronic communications are being made in accordance with the relevant regulations under the provisions of section 5 (2) of the Indian Telegraph Act 1885 and section 69 of the Information Technology (Amendment) Act 2000,” the official said.

He mentioned that the Minister of Electronics and Electronics of India; IT also reported in detail, including in parliament, that there was no unauthorized interception by government agencies.

“It is important to note that government agencies have a well-established interception protocol that includes sanctions and oversight by high-level officials in central and state governments for clearly stated reasons only in the national interest. no specific basis or any truth associated with it, ”he said.

He also mentioned that similar allegations have been made in the past regarding the use of Pegasus on WhatsApp by the Indian state, and these reports also had no factual basis and were categorically rejected by all parties, including WhatsApp in the Supreme Court of India.