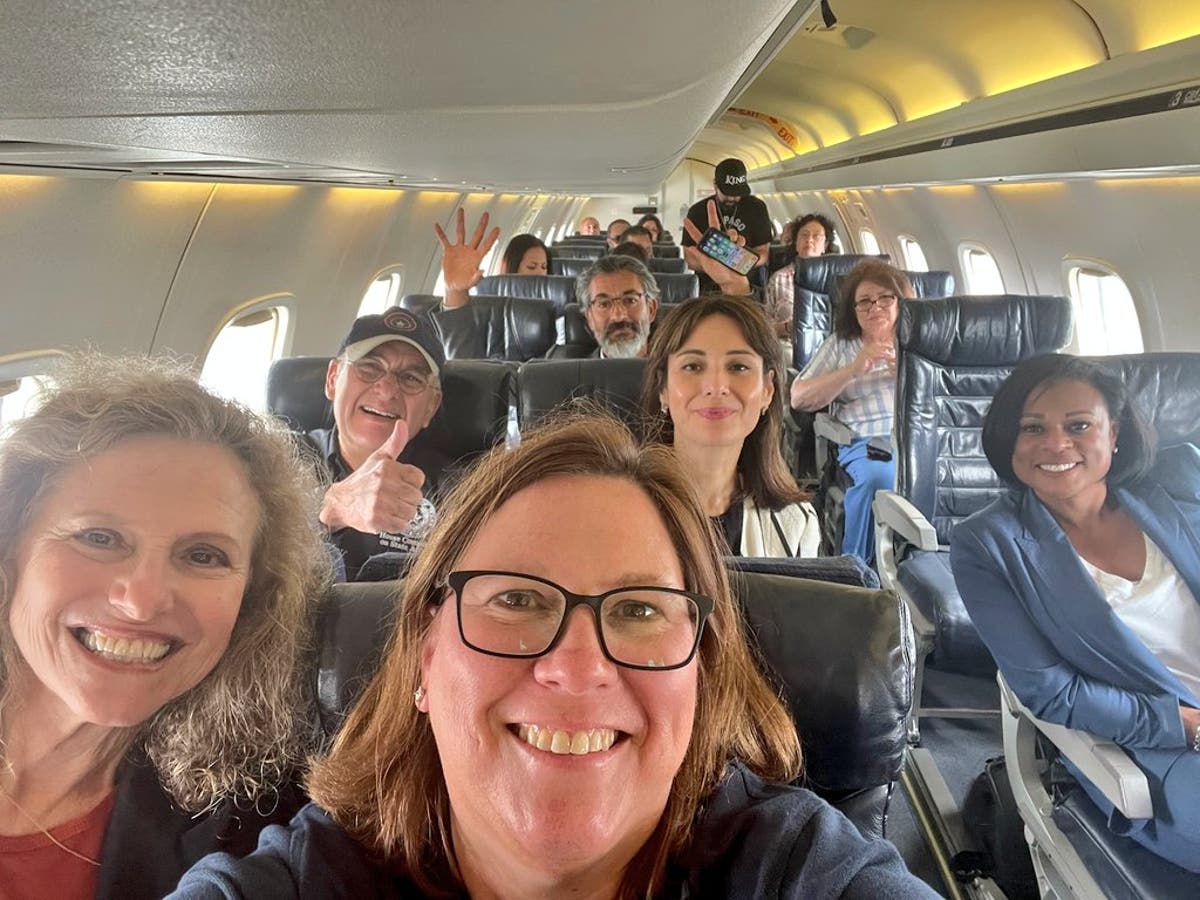 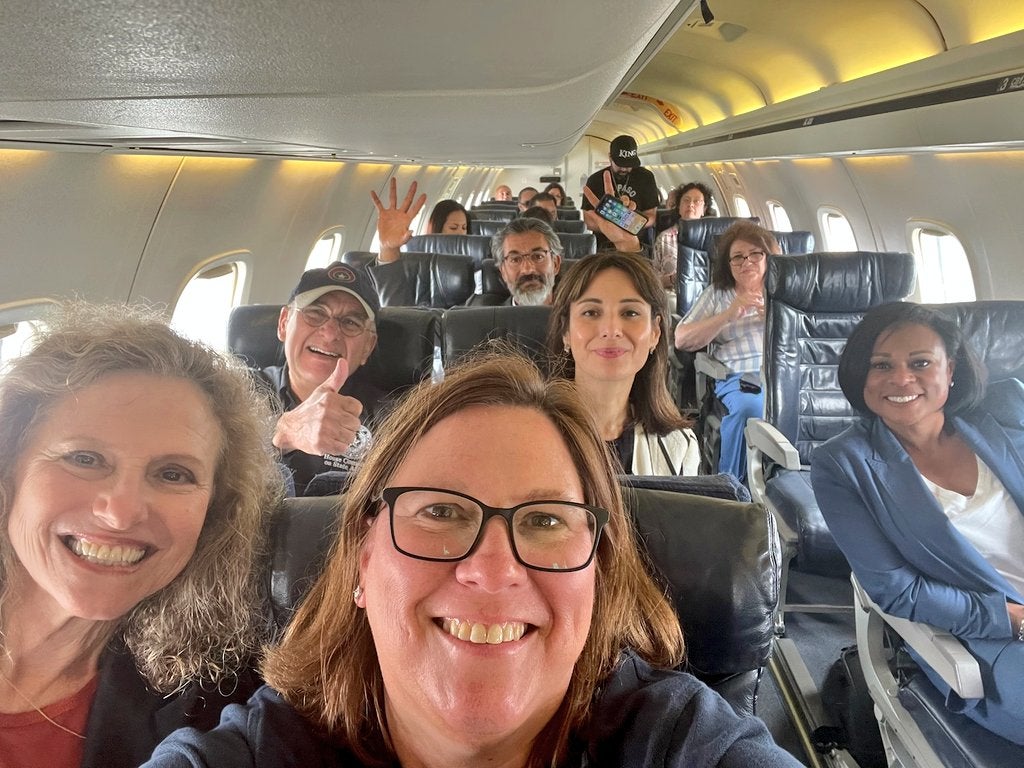 Rapid tests were negative for everyone else, but on Saturday, further tests tested positive for two other participants.

More than 60 Texas House Democrats left the state in private jets earlier this week to strip the GOP of the quorum needed to pass bills aimed at restricting mail delivery and some early voting procedures.

The Austin State House met again on Tuesday, but the lack of Democrats meant there weren’t enough members under its rules to run the business.

Several Texas lawmakers posed for a picture aboard one of the planes, and critics immediately noted that they were not wearing masks as required by the federal government on commercial flights.

“The Democratic group in the House of Representatives is abiding by all CDC guidelines and protocols,” Chairman Chris Turner said in a statement.

“This is a sober reminder that Covid is still with us, and while vaccinations provide tremendous protection, we still need to take the necessary precautions.

During the week, the group met with Vice President Kamala Harris, Senate Majority Leader Chuck Schumer and Senator Joe Manchin. It has not been confirmed if anyone with a positive test result was present.

The group’s departure from Texas came amid a wave of GOP efforts across the country to restrict voting in various ways. Progressive Democrats are also campaigning to reform the US federal voting system, which has been stalled by the refusal of centrist Democratic senators to replace or abandon the pirate.

If passed, the voting bills will add new restrictions on those who help others to vote, a provision that has been criticized by disability advocates.

It would also ban pass-through voting, pioneered by Harris County, Texas, in the November 2020 presidential elections and primaries; and the 24-hour early voting period that the district allowed in some polling stations last year.

Some of the harshest aspects of the legislation have reportedly been lifted in recent weeks, such as restrictions on Sunday voting hours, which activists have denounced as a direct response to attempts by black churches to get voters to polling stations on Sundays.