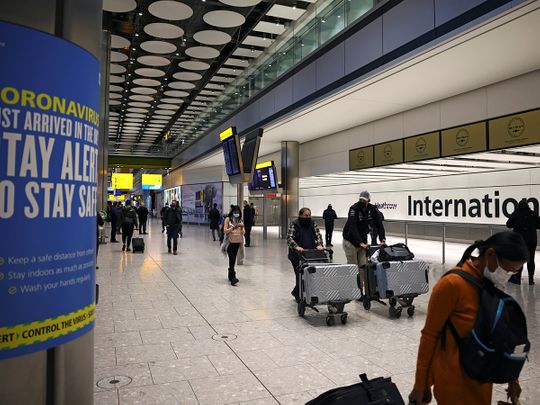 Dubai: Airlines from the UAE and Qatar have seen a “significant” impact on passenger numbers from the closure of the Indian aviation market, says Willie Walsh, IATA’s director general.

“The traffic flows from India and the subcontinent to the Middle East and to Europe and beyond have been one of the big hits for carriers in the region,” Walsh said. “It is understandable that some restrictions have been put in place, but again, the evidence shows that the situation is coming under control.

“But there is still some distance to go. It was probably one of the factors that influenced the British government to put Qatar and the UAE on their ‘red list’.”

Walsh said UK authorities were concerned about the “Delta” variant of the COVID-19 virus, first identified in India. “These problems really need to be addressed on a scientific basis. The scientific evidence we have shows that all vaccines are effective against these variants ”.

Flights from India to the UAE are suspended until July 6, according to the latest update from an Indian airline. UAE airlines have yet to announce further extensions to the suspension of flights.

In 2020, the share of Middle Eastern airlines in international traffic rose to 15%. This is largely due to the airline Emirates and Qatar Airways operating many of their routes. Qatar Airways, in particular, continued to operate “significant networks” during the pandemic and facilitated a lot of international connectivity, where other airlines were unable to operate or stopped operating for financial reasons, Walsh said.

“We are seeing the opening of markets: several countries have now formally declared that they will allow fully vaccinated people to travel without restrictions,” Walsh said. “This is a very positive development.”

The UAE has signed travel corridor agreements with European countries such as Spain and Italy to facilitate non-quarantine travel for passengers flying on those routes. “We recognize that in addition to the removal of restrictions for vaccinated customers,” he added. “We need to see a sensitive testing regime in place, but what is killing the question is where countries introduce significant quarantine requirements or costs associated with testing.”