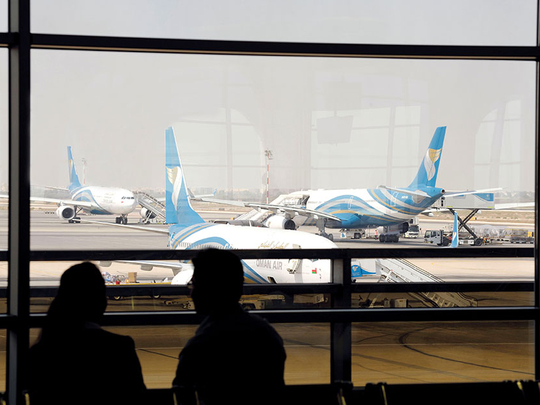 Muscat: The Oman Civil Aviation Authority recently issued a clarification saying that very limited flights between the Sultanate and India are working to facilitate the return of Omani citizens as well as shipping necessary supplies to the Sultanate.

The flights are also intended for transporting Indian citizens wishing to return to their countries, as flights between countries are subject to health requirements before travel and upon arrival, as stated in the statement.

The Oman Civil Aviation Authority stated in the clarification that the Indian Airlines flight (Air India Express) that arrived at Salalah Airport on Thursday from Kochi, had only three passengers on board, and the medical staff is expected to arrive from India. The flight left Salalah airport an hour after its arrival, with 100 passengers from the Indian community on board.

Oman suspended flights from India, Bangladesh and Pakistan on April 26. According to a circular issued by the Oman Civil Aviation Authority (CAA), flights from these countries have been suspended until further notice in the wake of the spread of a new mutant strain of COVID-19. Even travelers who have traveled to these countries 14 days before the booked date of the flight to Oman are banned from entering Oman.

The massive crowd ahead of the 6 p.m. deadline on the day the operations were suspended prompted many citizens and residents to spark screams about allowing people from these countries to enter Oman.