Late last year, Jose Arellano, a U.S. Navy veteran, and his wife, Gloria, traveled 2,000 miles from home to the resort town of Oaxaca, Mexico, to use up about $400 in plane tickets they had purchased at the start of the pandemic. The couple used masks, face shields and disinfectant, but not even a week into the trip, Jose Arellano, 56, who had asthma, and then Gloria Arellano, 54, began to get headaches and run a fever.

They had both contracted the coronavirus and were battling it in a place where they had no doctors or health insurance and no nearby family or friends to offer support.

There is no way of knowing how many people have been infected with the virus on a trip, but one insurance provider, Seven Corners, has had 2,000 claims filed for related illnesses since June, said the company’s president, Jeremy Murchland. And, one medical evacuation business said it has averaged three flights a month for those with the coronavirus since the start of the pandemic.

Only 10% of the U.S. population is fully vaccinated, but more people are travelling than at any time in the past year. Most will return home healthy, but some will fall ill with COVID-19 and end up quarantining in a hotel or being ordered to a government facility. Others will become sick enough to be hospitalised away from home, and a few will face costly air ambulance flights – or worse.

In the Arellanos’ case, things quickly deteriorated, and on Dec. 28, after a month in the hospital with COVID-19, Jose Arellano, who had worked for San Diego County for 30 years, died of a lung infection. Gloria Arellano is still recovering at their home in Tijuana, Mexico, where they had settled full time after retirement.

Their son, Christian Arellano, 28, who flew from Tijuana to Oaxaca to help his parents, was also infected. “They were victims to the optimism bias that it’s not going to happen to them,” he said.

Jeremy Salomon, 39, who runs Privilege Luxury Club, a membership travel group, in Copenhagen, Denmark, was at the tail end of a working trip on the Caribbean island of St. Barts when, on Jan. 17, he woke up feeling off. His coronavirus test came back positive, and he was told to quarantine for at least seven days, so he arranged to pay for extended time at his hotel.

The next day, however, the manager asked if he would move to “some nice studios” that the island had for those who needed to quarantine so the hotel wasn’t subject to rumors, he said. Salomon was transported by ambulance to a local sports center with basic suites.

“It had a rubber sheet on the mattress. There were no towels. There were no blankets. There was no toilet seat,” he said. “The fridge was empty; there wasn’t even a bottle of water.”

Luckily for him, the general manager of Eden Rock, a hotel where he had spent one night earlier in his trip, heard about his ordeal, picked him up and drove him to a villa with six bedrooms, indoor and outdoor saunas, a pool and a private beach. The hotel gave him the use of the villa for free.

Unluckily for him, he quickly became too sick to enjoy any of it. “I spent 10 days basically in a fetal position in bed, coughing and brutal fever,” he said. “They brought breakfast every morning, and I’d maybe eat it every second day. I can’t imagine what it would have been like to be in that prison cell. You don’t send someone there to recover.”

Salomon said that now when he books clients into a hotel he asks about the quarantine policy, and if the guests won’t be allowed to stay, where they would be expected to go.

Bilal Riazuddin, a 22-year-old university student from London, did not have Salomon’s connections. Riazuddin flew to Malaysia in late December to visit his parents and had to prebook an approved hotel for a mandatory 10-day quarantine. He opted for the least costly option, the ibis Styles Kuala Lumpur Fraser Business Park Hotel, for about $40 a night. He said it was “comfy.”

When he was tested for the coronavirus in anticipation of his discharge, the results came back positive on his ninth day, so within a few hours he was driven in an ambulance with three others to a government-run free quarantine dormitory that had soldiers posted out front.

He said he was given a dingy room that came with a desk, bed, mattress, sheet, ceiling fan and shared bathrooms. There was no kitchen (the people living there got three meals a day), no running water in the room, no hand sanitizer, no pillow or blankets, no air conditioning and no laundry in the building. Most of the 20 or 30 men on the floor were assigned a roommate, but Riazuddin had a single. However, there was no lock on his door.

“A couple of times people came into the wrong room. They just open up the door,” he said. “No one spoke English, so I’d just stare at them and they’d leave.”

Amy, a travel adviser who asked to be identified only by her first name to protect her privacy, traveled to the Maldives with her 20-year-old daughter in mid-January. They both tested negative before leaving the United States, came up negative again in Dubai, where they spent two nights en route, and then twice again in the Maldives, when they moved from one resort to another. Then, 12 days into their trip, the daughter’s fifth PCR test came back positive.

“I was really shocked. Look at how many tests we had, and all our travel was custom and private,” Amy said. “We asked for her to be tested again and they said, ‘No.'”

Although her daughter’s only complaints were a headache and fatigue, and they were comfortable in a luxurious private overwater bungalow, Amy feared authorities would separate them. She decided to request an evacuation using her membership with Covac Global, a company founded to provide medical evacuations during the pandemic. Amy had paid $1,295 for 15 days of Covac Global’s coverage when she booked their trip.

An air ambulance stationed in Qatar could have been ready to go quickly, but the staff wasn’t vaccinated. The daughter, who remained asymptomatic, would have had to spend the 24-hour flight on a stretcher in an isolation pod, a scenario Amy nixed. A different air ambulance was found with vaccinated staff who agreed the daughter only needed to stay in the pod for takeoff, landing, refueling and when being transferred between planes, said Ross Caldwell Thompson, CEO of Covac Global.

All told, more than 30 people worked to make the flight happen, he said, including getting governmental permissions from six countries.

The extra resort stay, plus phone calls and the cost of shipping back their luggage, since the plane was too small to carry it, cost Amy about $11,000. Had she not purchased Covac’s coverage, the repatriation would have cost about $200,000, said Thompson, whose company also does fee-for-service evacuations.

The Centers for Disease Control and Prevention referred questions about the frequency of repatriation of COVID-19 positive people to the State Department, where a spokesperson said those statistics aren’t collected. She did say that those who test positive for the virus while abroad “should prepare to remain overseas for an extended period and seek medical attention locally.”

When a person gets ill far from home, even if they speak the language, knowing what to do in the midst of a developing crisis is daunting. “If you do decide to take the risk of going, especially taking a trip to a foreign place where you have nobody you know, have a plan just in case,” said Christian Arellano. “The thing that affected us the most was scrambling. To find where to go, who to talk to, where we could get the medicine, where we could stay,” he said.

When the Arellanos first started feeling sick, they visited a medical clinic, where a doctor said they had asthma. A second physician eventually diagnosed COVID-19. Christian Arellano said that despite his mother’s illness, she “ran all over town getting all the medicine, thousands of dollars in just medicine.”

As the situation worsened, the couple called the U.S. Consular Agency in Oaxaca, which said no area hospital beds were available. They suggested an oxygen tank. With Jose Arellano’s condition deteriorating, the couple spent $25,000 for a Mexican air ambulance to take him to the Naval Medical Center in La Jolla, California.

Meanwhile, Christian, a student at San Diego State University whose classes were remote, flew to Oaxaca to help his mother. He saw his father briefly before the older man was airlifted to the United States.

“He was barely alive, to be honest,” Christian Arellano said. “He was in such bad shape the doctors decided to sedate him and intubate him before the ambulance.”

Jose Arellano would never regain consciousness. He was transferred to Jacobs Medical Center, also in La Jolla, and given high-tech treatment.

In Oaxaca, Gloria Arellano’s condition worsened. A doctor drove Christian and his mother around the city in search of a hospital bed for her. The only thing available was in a private facility at a cost about $4,000 a night. A banking glitch prevented her son’s debit card from working, and his mother was nearly turned away, but he reached an uncle who offered a credit card. Gloria Arellano was there three nights.

Then, Christian Arellano developed gastrointestinal problems, and he, too, turned out to be positive for the virus.

They flew back to Tijuana Dec. 16. The Jacobs Center didn’t allow Gloria Arellano to visit her husband until Dec. 27. The next day their daughter, Joselyn Arellano, 27, got to see him. They were all with him when he died the following day. He was buried Feb. 8 with full military honors.

The family is facing over $1 million in bills and expects insurance to cover about 60%. They are left wondering how something that was supposed to bring joy brought so much sorrow.

“I know my parents decided to take the trip, but they tried to take the most precautions they had,” Christian Arellano said. “When I was in Oaxaca, I would see all these foreign tourists walking round, no masks at all, just happy about life. It’s kind of infuriating when you see people who aren’t taking it seriously.” 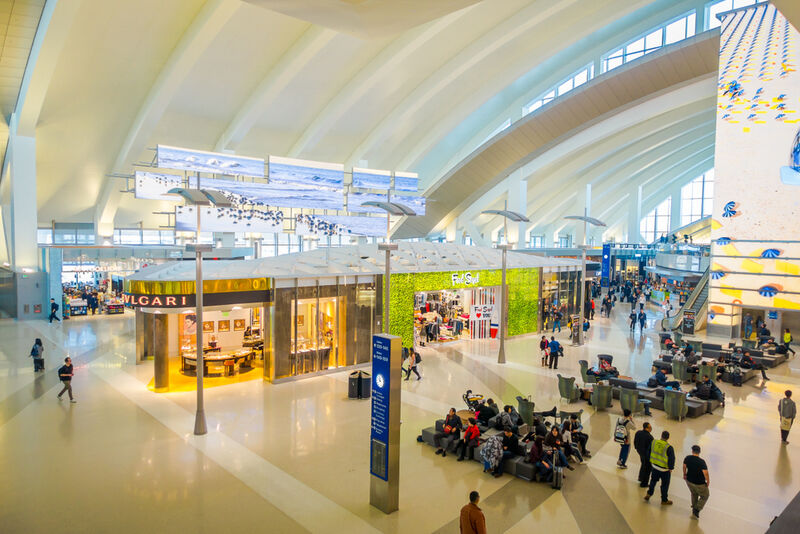 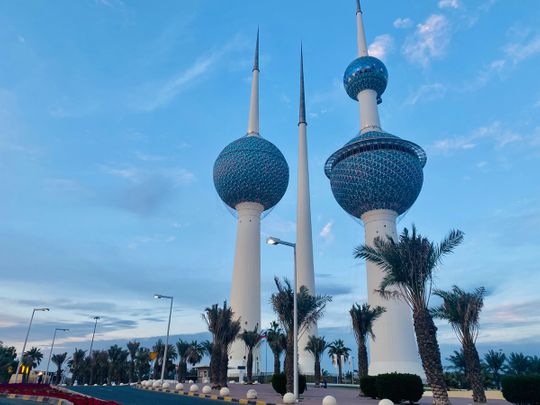