The Global World City, Hong Kong may be known for being one of the most densely populated cities in the world, cocooned in a thicket of gleaming skyscrapers. What might come as a surprise to many is that amidst this bustling city, legendary for its world class cuisine and a colourful nightlife, lies an enormous green paradise containing wildlife that flourishes in the heart of this concrete jungle, waiting to be explored.

40% of Hong Kong’s total land area is reserved for country parks and that coupled with the natural landscape means, the wild side of Hong Kong wins hands down in square miles as compared to its brick and mortar. Two National Geographic explorers Astrid Alex Andersson, a resident of Hong Kong since she was two, and Jonathan Cybulski who is pursuing his doctorate in Marine Biology list down their favourite outdoor jaunts.

34-year-old Andersson is currently pursuing her PhD on the wildlife trade and an introduced urban population of yellow-crested cockatoos at the University of Hong Kong. She has been immersing herself in the natural side of Hong Kong from the age of two, when her parents relocated from Sweden, and has since been exploring the natural spaces surrounding her. According to her, Hong Kong is home to a plethora of fascinating insects, flowers and plants; and following are some of her go to places for a dose of Hong Kong freshness:

The internationally acclaimed marshlands of the Mai Po Nature Reserve are one of the best places to spot many of Hong Kong’s more than 550 species of birds. For more than three decades, the five main habitats in Mai Po Nature Reserve and the surrounding area namely, gei wai, freshwater ponds, inter-tidal mudflats, mangroves and reedbeds have been a haven for tens of thousands of migratory waterbirds each year, in turn setting a prime example of conservation success for regional wetlands.

Andersson highlights the area in and around Hong Kong Park as one of the best places to see the critically endangered Yellow-Crested Cockatoos – not just in Hong Kong but in the entire world – with over a 100 of them congregating there at certain times of the year.

Situated in the valley behind the 300-year-old Hakka village of Fung Yuen sprawls the Fung Yuen Butterfly Reserve, a protected site that’s home to more than 200 species of butterflies, including the pretty Common Birdwing and White Dragontail varieties. Along with the butterflies, you may also spot some unusual breeds of terns. If you visit the reserve on the last Sunday of each month, you can be a part of the Butterfly Festival to take advantage of a selection of exhibitions and guided tours.

Astrid suggests, for a taste of Hong Kong’s freshest produce, head to the Au Law Farm. Here visitors can sample delicious, naturally cultivated vegetables and honey. “It really is heart-warming to know that those types of places persist, where people are still farming organic local vegetables, or they’re keeping bees and they’re making their own honey. That’s a side of Hong Kong that I don’t think many people even know exists,” she says.

US-born, Hong Kong-based, historical ecologist and National Geographic Explorer Jonathan Cybulski is part of the coral biogeochemistry laboratory at the University of Hong Kong, where he is pursuing his PhD. 31-year-old Cybulski specializes in studying coral ecosystems.

It is Hong Kong’s combination of the natural and the man-made, the rural and the urban, that has left the biggest impression on Cybulski and these are a few places he says you must have on your bucket list when you visit Hong Kong:

Did you know that Hong Kong has more coral species than the entire Caribbean combined! Also dubbed the ‘back garden of Hong Kong’, Jon has discovered charming fishing villages, hiking trails, sweeping views, stunning beaches and numerous picturesque islands just a stone’s throw from the city at Sai Kung.

The places Cybulski recommends to see the highest diversity and the highest coral cover in Hong Kong are around the outlying islands between Mirs Bay and Port Shelter in the territory’s northeast, including Tung Ping Chau, Crescent Island, Bluff Island and Sharp island, and in the Hoi Ha Wan Marine Park, a large protected area near Sai Kung that’s home to coral and many other types of sea life.

The waters surrounding Hong Kong UNESCO Global Geopark are rich with sea life. Stretching from the famous Ninepin islands in the south to Tung Ping Chau in the north, the Geopark serves as a striking reminder of the territory’s geological past, when 85% of Hong Kong’s land was formed by super volcano eruptions between 140 to 165 million years ago, creating an abundance of rocky outcrops and intricately textured islands that are both visually stunning and geologically fascinating. Every trail underfoot and each eye-catching formation has its unique history, offering tactile connections to a volcanic past.

“All the islands are volcanic, so they’re very, very steep, but they’re vegetated almost right to the edge, so you have this thin band of orangey rock and then vegetation then blue water,” explains Cybulski. Particularly striking are the “entire islands made of what look like chiselled octagonal columns” that were created when the magma cooled. Such formations are unusual enough globally, but the fact they are composed of rhyolite rather than basalt, as well as the scale on which they occur, make Hong Kong’s versions utterly unique.

The ‘Ghost Island’ of Yim Tin Tsai. Located a 15-minute ferry ride from Sai Kung Town, the island is famous for its eerie abandoned village, its lush mangroves and the saltpans that give it its name (‘Little Salt Pan’ in Cantonese), and which garnered an Award of Distinction at the UNESCO Asia-Pacific Awards for Cultural Heritage Conservation in 2015.

With such a diverse array of attractions, both natural and cultural, for Cybulski there is nowhere in the world – quite like Sai Kung.

There is no doubt that with more than 250 islands, 24 country parks, six marine parks and a marine reserve, Hong Kong has a lot more to it than neon lights, glass and concrete. It offers a treasure trove of natural wonders that are a feast for the senses begging to be explored. 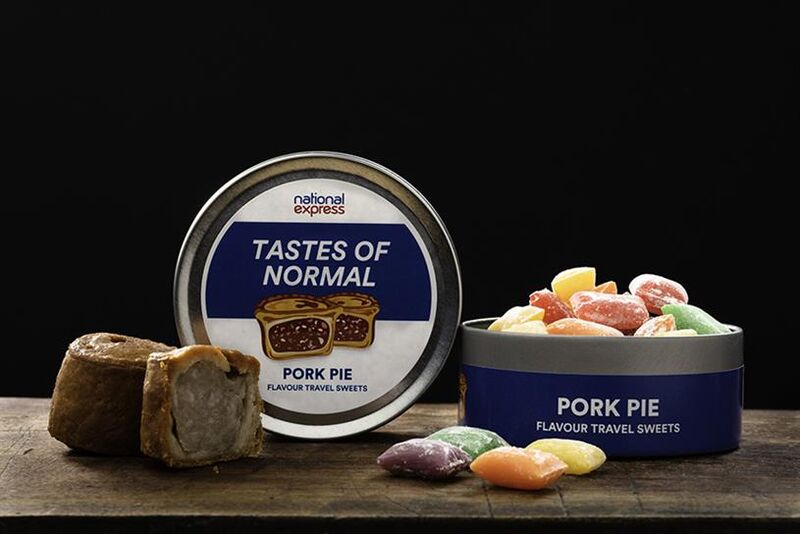