By Riath Al-Samarrai for the Daily Mail

The astonishing 5km world record set by Beth Potter in a Lancashire village on Saturday is unlikely to be officially ratified.

In a run of 14min 41sec that pours further fuel on the debate around shoe technology in athletics, Potter took two seconds off the existing 5km road record set by Beatrice Chepkoech two months ago.

However, it is understood the Podium 5km event in Barrowford did not meet the World Athletics criteria around doping control and time keeping necessary for an official record. 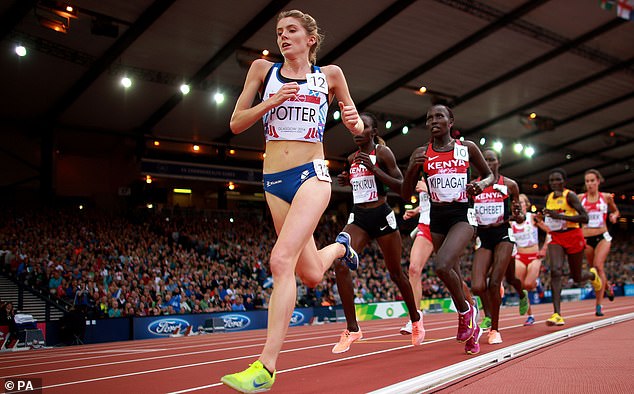 Further debate around the run has centred on Potter’s footwear, as the 29-year-old was wearing the new carbon-plated ASICS shoe.

In taking 43 seconds off her personal best, and carving 10 seconds off Paula Radcliffe’s national record, the recurring question is how much of this improvement is down to the athlete and how much is because of the shoes.

Potter, a former British 10km champion who switched to triathlon, told BBC Radio 5 Live: ‘It all started to sink in when I had about a kilometre to go and I saw the clock said 11 something and I was trying to do the maths in my head, I was convinced the clock was wrong, I couldn’t believe it.’