Jimmy White has a story to share. It’s from three months back, and it’s to do with the chap whose name is tied in a never-ending dance with his own.

It’s about something Stephen Hendry said, or more precisely his suggestion last week that White has been tearing him apart in their practice sessions in Surrey.

‘I’ll tell you something about that,’ says White. ‘So you know we’ve been practising together like he said, yeah? It’s because he lives in Surrey now. 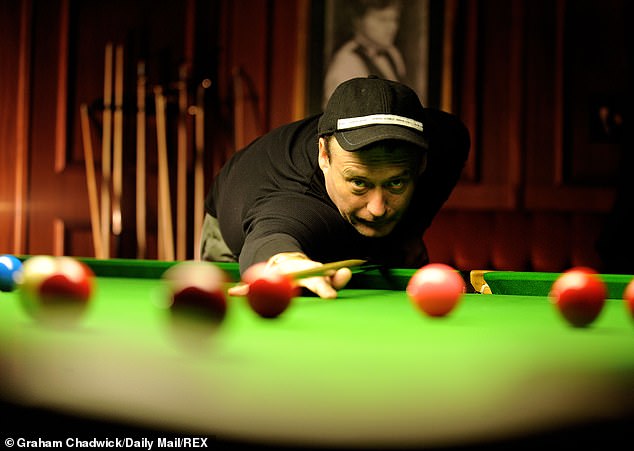 ‘He’s over in Sunningdale and I’m in Epsom, so he’s been coming round where I practise and I’ve been to his to do a bit as well since he started focusing on this comeback. Working with each other a bit, you know?

‘So his first trip to mine, three months ago, I’ll tell you what happened. He has never been on my table in my club before, not once, but he gets down and the very first frame — what happens? He shot a break of 142. No word of a lie… 142. First frame. Stephen Hendry can play snooker.’

Still. Always. Then and now, nine years after Hendry retired, 22 after his seventh world title and 27 after his fourth.

That was a good one, the fourth. Maybe the best. The close, brilliant, mad fourth world title in the building of a career still unmatched in snooker history. 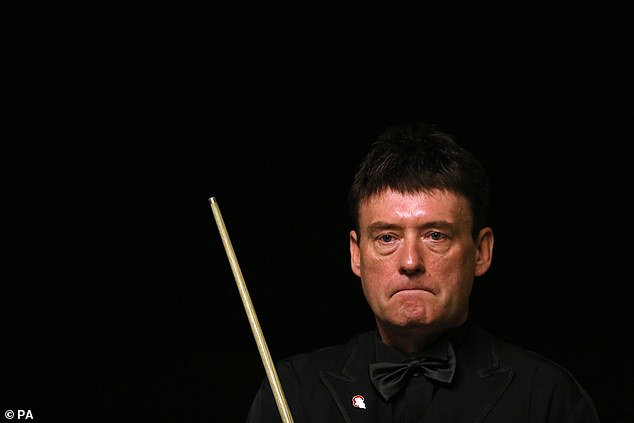 White, 58, is the reformed hell-raiser who craves a new tour card and a trip to the Crucible

But it was also the fourth for the other guy, too. A fourth world final defeat for White against Hendry, and a sixth in all.

‘He’s beginning to annoy me,’ said White after it was done, and he never made the final again. But here they are, brought together again by quirky fate.

They were the first names out of the hat for World Championship qualifying and so, on Monday, two different men on two different paths will converge for a competitive match once more.

White is the 58-year-old reformed hell-raiser who craves a new tour card and a first trip to the Crucible since 2006; Hendry, his nemesis with straighter laces, is on a mission of curiosity to see if he can still cut it at the age of 52 after coming out of retirement.

‘Incredible,’ says White. ‘We’re both stunned by that draw. I had been doing whatever it was I was doing and these two missed calls are on my phone from him.

‘We’d been practising together lately but two calls was a bit unusual so I thought something must be up. When I called, he was like, “Can you believe it?” 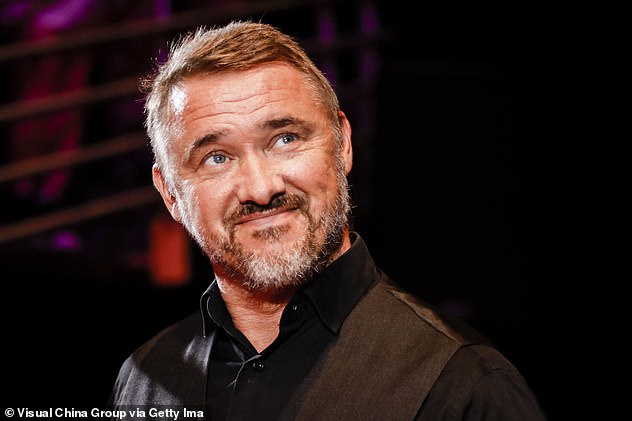 ‘I can’t get away from him. The last three or four months, he has been getting on it. He has been practising full-time so it won’t be easy. I have to remember I am playing for my tour card, which is most important here, but yeah, there’s a bit of history there, mate.’

Oodles of the stuff. Their first idea of one another came when Hendry was 13 and White 19. The older prodigy from London was happy to give the newer prodigy from Edinburgh some tips. And then when Hendry turned pro at 16, he was given some pointers again by White.

‘When he came on the scene he was always a really nice boy,’ says White. ‘Looking back, I shouldn’t have done it but me and Alex Higgins let him practise with us and he learnt loads. Unfortunately for me, this kid didn’t miss for 10 years. Bloody hell!

‘There was also a stage when he was about 18 or 19 and his manager, Ian Doyle, said to me that Stephen wasn’t practising. I remember seeing him and saying, “If you want to win, you have to put the work in”. Looking back, that was another mistake.’

He’s laughing about it now. Through all their encounters, White and Hendry were always depicted via their differences, which for the most part was fair.

White chased around with the Hurricane that was Higgins, losing himself and vast fortunes on cocaine, crack and booze. He was also one hell of a player, the champion of the people and 34 tournaments that weren’t staged at the Crucible. 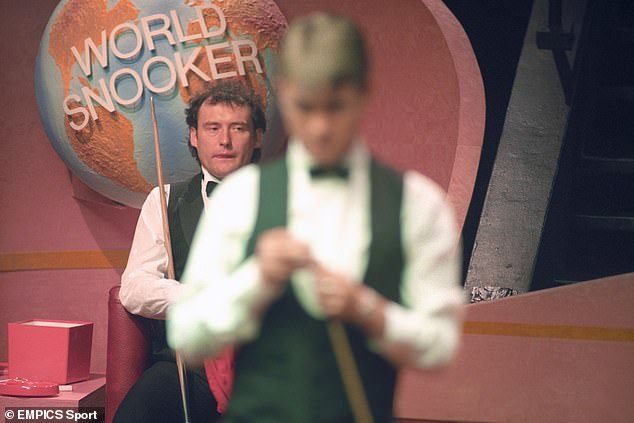 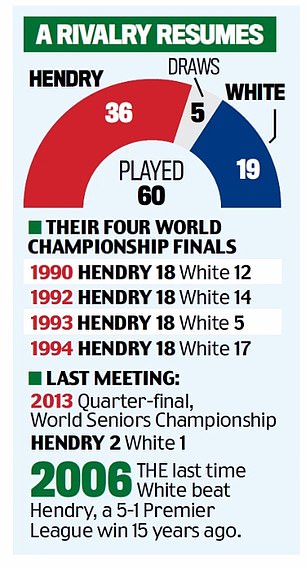 Then there was Hendry, not so risky in life or at the table, and a winner of seven world titles. That it was Hendry who so often blocked White’s path at the Crucible — he was his conqueror in the finals of 1990, 1992, 1993 and 1994 — somehow never bred resentment off the baize.

‘We are mates but not in the sense that we’d go on holiday together,’ says White.

‘I’ve never had a cross word with him. He has always been a really good fella, right from the start. He is a good guy.’

White’s memories of those finals are mixed. ‘I lost two fair and square and two I threw away,’ he says. ‘The one where I was 14-8 up (in 1992) was very annoying. There were all these people backstage arguing who was going to come on with me when I won. In my head, I was already thinking about who I was going to thank.

‘All of a sudden it was 14-12. I got weak then and I was tired anyway because at that time I was, er, in and out of preparations, shall we say. I totally lost concentration and I lost 18-14.

In his 2014 autobiography, this great mate of Ronnie Wood spoke of giving Hendry a head start of ‘10 grams of cocaine and four bottles of Jack’ in those finals, and that his excesses cost one of snooker’s most natural talents 10 world titles. Regrets haven’t cost him too much sleep.

‘I am a bit disappointed not to have won the World Championship after being in six finals, but my career, with the way I behaved, I have done quite well,’ he adds. ‘I don’t need to prove anything.’

These days, his passion for his sport is undiluted after 41 years as a professional. Some of the magic lives on, too, despite a ranking of 83.

‘I love it,’ says White, who has been doubling up as a Eurosport pundit in the autumn years of his career. ‘I enjoy the game even more now that I don’t wake up feeling I have an axe in my head. I am sober. I’m not as consistent as I once was but my game is still there in bits and bobs. I had a 147 against Ken Doherty a couple of weeks ago. When it connects I can beat anyone.’

His opponent on Monday will never be just anyone.

Jimmy White v Stephen Hendry is live and exclusive on the Eurosport app on Monday, April 5.