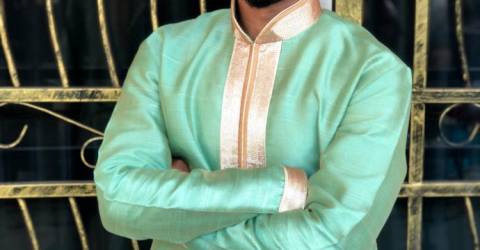 IT It has been four years since teacher Sasitharan Ramachandran moved to Langkawi for a post at the Vocational College.

Being away from home, he quickly got bored and felt alone on weekends on the island.

“Loneliness made me want to try something new. I didn’t want to do something that people normally do, and I wanted something creative, ”the 34-year-old from Kalumpang, Selangor told the Sun.

The determination to occupy his time and mind led him to scour YouTube, where he eventually stumbled upon the art of leaf carving.

His curiosity piqued, Sasitharan gave us a shot but was slightly disappointed.

“The methods were not correct,” he said.

Do what you love

Now, having learned the craft and perfected the methods and technique, Sasitharan has solidified his reputation as a leaf carver artist.

“In the first couple of years, I did it as a hobby and as I slowly learned my technique improved and my friends told me to start commissioning,” he explained.

“At first I wasn’t sure what I could do, so I only ran an errand or two.”

As the growing feedback turned positive, Sasitharan’s commission requests increased to around 40-50 per month.

Despite the huge demand, he only receives 15 to 20 orders due to the demands of his daily work as a teacher.

Explaining his initial attraction to the niche art form, Sasitharan said it was something that – as far as he knew – had not been done in Malaysia.

However, he found from his web research that it was fairly well established in other countries.

“I felt I was doing something unique and kept doing it,” added Sasitharan.

Delving into the art and the process, the artist explains that it begins with a four to five day preparation period. The leaves are harvested and prepared, which he has learned for himself.

“In the YouTube videos, they only show how to carve it, but not how to preserve the leaves,” he said.

“I learned by trial and error. Like when I followed the videos online, the leaves only lasted a week or two. I had to find out how to make the leaves last a long time. At one point I found the right method and the leaves now last for several years ”.

When the preparations are complete, the carving itself takes about two hours. When it started in 2017, it would have taken up to five hours.

“I only use peepal leaves, because in Malaysia it is the only leaf that lasts a long time and is suitable for carving,” explained Sasitharan, also noting that each artwork is about A4.

“In the beginning I used different types of leaves but they only lasted a few days. One of my first artistic creations in leaf is still with me in good condition ”.

“During the weekends (preparations), I will prepare the leaves for carving next weekend. It doesn’t affect my work as a teacher on weekdays, “he said.

This feat also came with a number of challenges, largely due to skewed social perceptions.

“When I started posting and promoting my art on social media, people made fun of me. They would say, ‘You are a teacher. Why are you doing this on TikTok? ‘”Sasitharan said.

But he continued to push his art onto social media platforms, which led to some degree of success and admiration for his art.

“People might say that social media is a waste of time, but I’ve used it for something rewarding.”