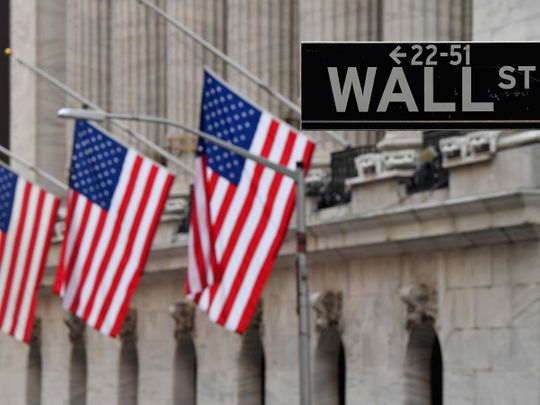 New York: The S&P 500 hit a new high on Thursday as investors shrugged off data showing higher inflation in the US, while European equities fell after the European Central Bank (ECB) held steady on the monetary policy.

All eyes were on the May US consumer price reading, which showed that the rate of inflation rose to five percent for the 12 months ending May, the highest annual reading in 13 years.

Investors have been worried about inflation in the US for weeks, but have largely taken Thursday’s reading with success. All three major indices gained and the S&P 500 closed at an all-time high.

“It’s another case where we had another successful inflation report and nobody cared,” LBBW’s Karl Haeling told AFP. “The market has looked the other way.”

The rise was largely driven by spikes in energy and used car prices, which analysts attributed to separate but temporary factors.

Art Hogan, chief market strategist at National Securities, noted that while the annual consumer price index exceeded expectations, the monthly gain slowed to 0.6 percent in May from 0.8 percent in April. which largely validates the Federal Reserve’s position that higher inflation will be transitory.

“We may be approaching a peak and it will start to slow down between June and July,” Hogan said.

Previously, euro zone stocks slid after the ECB, as expected, kept its interest rates stable and said it was too early to cut back on economic stimulus measures.

ECB chief Christine Lagarde said it would be “too early and premature” to discuss tightening monetary policy, saying continued support is needed to cement the rebound.

Keeping the taps of cheap money open during the pandemic crisis “remains essential to reducing uncertainty and building confidence,” he told reporters.

By forgoing the use of poor summer trading conditions to reduce stimulus purchases to bond purchases, Lagarde “clearly wanted to give a message of ‘stability as it goes,'” Foley said.

The traders were also following the start of a G7 rich nations summit, before which the United States said it would purchase 500 million doses of the COVID-19 vaccine to distribute among poorer nations.

Relations between Beijing and Washington have also been in the spotlight, following US President Joe Biden’s decision to revoke his predecessor Donald Trump’s executive order against Chinese-owned mobile apps TikTok and WeChat.

It comes as trade officials from the world’s two largest economies held discussions on trade and investment ties.